Since we are both new to this and are pretty young, we were getting a lot of attention but we just spoke to people like we normally would at a club, albeit semi-nude (post midnight club rules).

So while we still had a great time, watching and being watched; we would probably like to do more the next time we go. How do you normally go about it? What are the rules?”

When in doubt, Use Your Words: “Can we join in?” is totally acceptable, and may get a yes or a no. That’s ok.

Alternatively, we like going to larger events with another couple that we already know and are comfortable with. Then we are pretty sure that we are going to play with someone and have a good time. But everyone’s play style is different, so, if you want something, ask…politely. 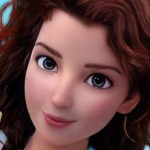 Ams, co-host of the 2HotWives podcast, grew up in a household obsessed with sex! As the daughter of an Ob/Gyn and one of four sisters, dinner topic conversations were filled with The Miracle of Birth, STI prevention, Take Back the Night rallies, and condom distribution. So, of course, Ams grew up thinking sex would either kill you or ruin your life.

In her mid-thirties, Ams embraced SEX as part of her identity, and, like the overachieving know-it-all that she is, decided that she needed to become an expert in all things sexual. And the best way to become an expert? Learn it, live it, fuck it (or not), and then tell everyone how it goes…